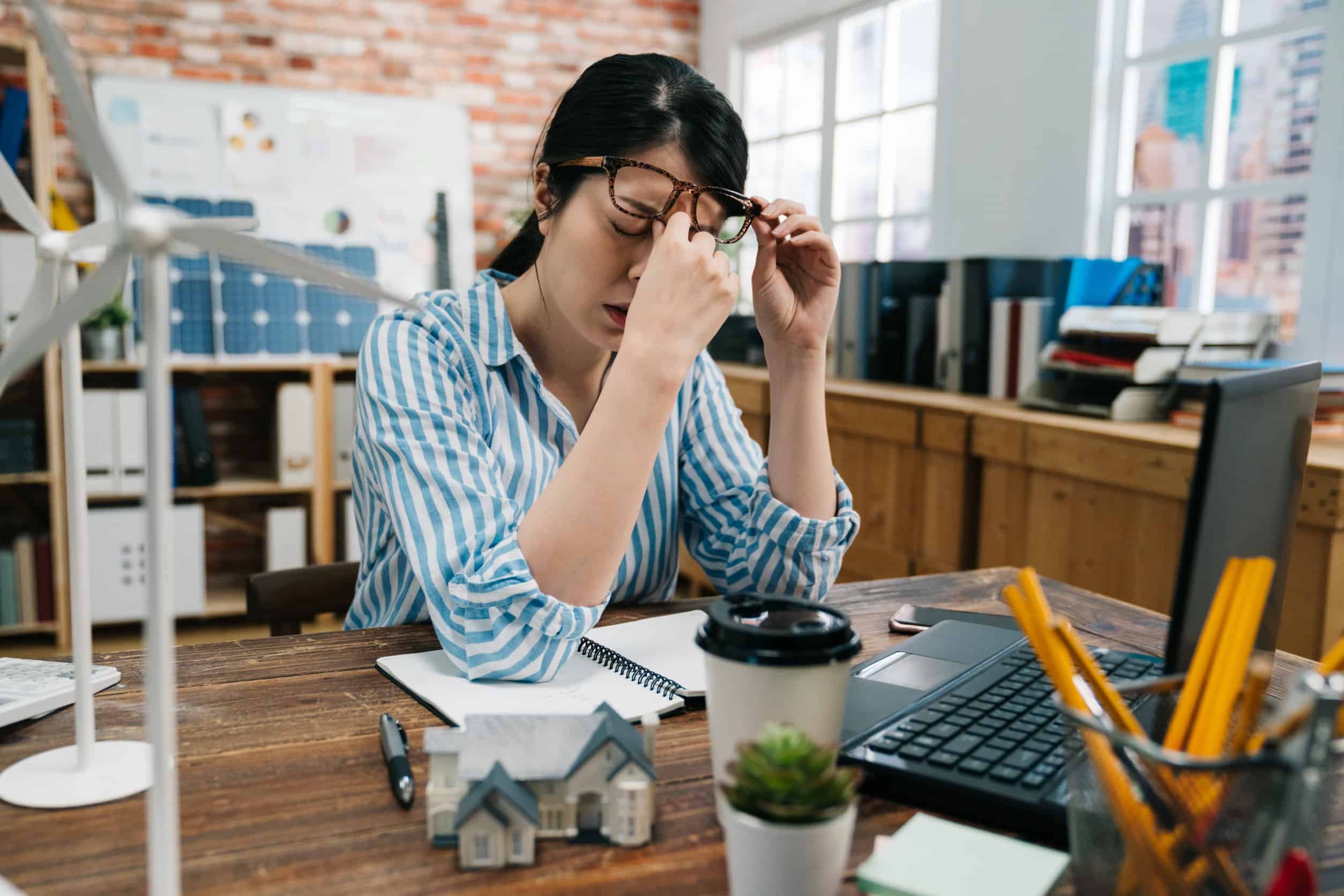 Many of us have heard about ozone. When someone talks about pollution and climate change, they usually speak about the atmospheric level of ozone, or the upper layer protecting us from the Sun’s UV radiation, that is being destroyed thanks to high pollution and global warming.

The ozone molecule is composed of 3 atoms of oxygen, and the most important property of this molecule is that it’s extremely unstable and highly reactive, which means that oxygen atoms in ozone can easily untie and attach to some other atoms. This property of ozone is what most manufacturers rely on when they are trying to sell ozone generators as air purifiers and volatile organic compounds (odors) removers.

However, not many people know that ozone can also be a pollutant itself when we are talking about ground-level ozone. This kind of ozone is usually formed during hot days when the air is polluted with nitrogen oxides and other VOCs, and heated by ultraviolet sunlight.

Because of the strong capacity of ozone to oxidize, it can have detrimental effects on our health, depending on its air concentration, length of exposure to it, and the person’s sensitivity.

In this article, we’ll share some insights with you on how can you tell if you are being affected by ozone, as well as why is ozone bad for you, and what to expect as a potential consequence of exposure.

How Can You Tell if You Are Being Affected By Ozone?

First, let’s start with the signs that ozone is present in your direct environment and whether it is affecting you.

One of the most dominant signs that you are being affected by ozone is the inability to use the total capacity of your lungs. Studies have swoon that even short exposure (8 hours or less) can cause difficulties with the lungs.

For example, you may experience a reduction in forced expiratory volume per second. This means that during forced exhalation, less air is being exhaled from your lungs in one second than expected.

So having trouble inhaling and exhaling may be the first sign that your lungs are being affected by ozone.

Then, you may also notice certain respiratory symptoms such as irritation of the throat, burning, pain, or discomfort in the chest, as well as cough, chest tightness, and wheezing.

While this is just a preliminary preview of what it might feel like to be affected by ozone, the symptoms can differ depending on the amount of ozone you have been exposed to over one hour. Let’s see what this can look like.

In case you are suffering from any of these, it may be a sign that you have been exposed to harmful levels of ozone.

Smell as Signal of Ozone Presence

The matter of ozone smelling is a bit paradoxical, as it is commonly sold as a device intended to lower the levels of odors in indoor spaces. Therefore, its role should be to eliminate any kinds of smells, yet, ozone itself has its own smell. The term ozone is derived from the Greek term ozein which literally means ‘smelling’, or ‘to smell’. The reason for this is that ozone gas is a very specific smell that is often easy to notice.

If you ever heard someone say the phrase ‘it smells like it’s going to rain’, this is actually not some magical skill, but actually sensing the ozone.

Ozone has its distinctive smell and we can detect it even in very small concentrations. To illustrate that with numbers, it’s 10 parts per billion!

Since it’s difficult to describe smells with words and actually convey the meaning of our message, here are some commonly used descriptions of the smell of ozone:

The combination of the smell information and the potential appearance of the above-described symptoms means that there is a higher probability that you are being exposed to ozone.

How Does the Response to Ozone Vary Individually?

An interesting detail that complicates the decision on whether you are being affected by ozone or not is that there is high individual variability in the way we react to the exposure.

For example, an individual who is ‘the least responsive’ would exhibit no symptoms of lung dysfunction after 2-hour exposure to 400 ppb of ozone, while the most responsive individual would suffer from around a 50% decrease in lung capacity in forced exhalation.

There is a similarly large range of responses for longer exposures as well. For example, after 6 hours of exposure to 80 ppb units of ozone, can lead to very variable strength of responses among both healthy and sensitive individuals.

Some of this variability can be explained by known factors. For example, differences in age and body mass index (BMI). Younger people are more vulnerable to ozone, with children being the most vulnerable group, however, teens and young adults seem to be also far more responsive than older adults (fifty to eighty years old). Also, people whose body mass index is higher tend to have a stronger negative response to ozone than those with a lower BMI.

There is also certain variability in the inflammatory response, and this variability seems to be stable over time. However, the magnitude of the lung function response that is neurally mediated, is not related to the extent to which the cell is injured and the inflammatory process for a particular individual, which suggests different mechanisms of action for these two effects.

Of course, there are some individual differences also in the response to treatment. It seems like vitamin C and E are able to reduce the impact on lung function, however, they are not proven as effective when it comes to inflammation symptoms. Non-steroidal drugs designed to reduce the inflammation processes are effective in a similar way with non-asthmatics, but in people with asthma, these drugs don’t even improve the restrictive lung function. There is also some evidence that inhaled steroid drugs can be helpful for asthmatics, but not for non-asthmatics.

The reason behind these individual differences in ozone responsiveness might be the result of genetic, environmental, or both of these factors in interaction. Genetic differences seem to stand behind the high variability in inflammatory responses and also pulmonary function. However, environmental factors that influence the quality of our immune system over life are interacting with this genetic potential for responsiveness and modulating the future reaction strength.

What Is the Result of Recurrent Long-Term Exposure to Ozone?

One of the biggest questions about ozone is what happens in case of repeated episodes of damage due to recurrent exposure to ozone. Are there any adverse health effects that go beyond the acute reactions?

If you are exposed to ozone for a 4-day period, that can result in developing symptoms such as a reduction in lung function, and this can go on for one or two weeks.

Furthermore, certain morphological changes can be observed after a continuous 4-5 days exposure, which could be markers of chronic respiratory diseases. In some studies on animals, it has been observed that prolonged exposure to ozone increases the sensitivity to virus antigens, however, no long-term changes in the airway function have been observed.

Finally, the morphological changes indicate that longer exposure to ozone might be a factor that leads to the development or worsening of the symptoms in the case of asthma or chronic lung disease.

There is no conclusive evidence that long-term exposure of humans to ozone is surely related to chronic respiratory system deficiencies and diseases. Some studies are supporting this thesis, however, there are many confounding factors that may be skewing the results and conclusions. It’s hard to precisely estimate the ozone exposure in the adult populations living in the cities, as the conditions are not controlled, and it would be unethical to tests this in a laboratory. Animal studies do provide some evidence, however, these studies are not always and surely generalizable to humans.

However, despite lacking consistent proof about the nature of the relationship between ozone exposure and long-term health effects in adults, we do know that acute reversible reactions are possible, and that sensitive individuals might experience worsening of their symptoms.

Detecting the presence of ozone in your immediate environment can be quite difficult, as our individual sensitivity to it can vary significantly.

However, there are some things you can do in order to make a conclusion on whether you have been affected by ozone. For example, you can check whether you are experiencing any of the symptoms listed above. Also, if you are sensing a smell that is kind of metallic, reminds you of chlorine, or something sweet, that means that you might be exposed to ozone, and if this is combined with the symptoms, you are likely being affected by it.

While there is no clear evidence on whether there are any long-term health effects of ozone exposure, short-term negative effects are bad enough to work towards reducing the exposure if and when possible and preserving your health in a good state.