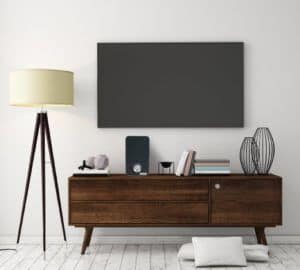 Breathing clean air is one of the most important and vital things in life and it may have a vast contribution to your overall health. Having in mind that indoor air is more polluted than outdoor air, it comes as no surprise that air purifiers are becoming an important household item and demand for them is growing by the day. This comes as no surprise,

Whether you’re suffering from asthma, allergies, or other breathing difficulties, air purifiers can help you reduce these conditions. The tiny particles found in the air that aren’t visible to the naked eye, such as pollen, viruses, bacterias, and smoke, damage the quality of the air we breathe. They can gather in your home and stick to carpets until vacuumed. If you’re a pet owner, keep in mind that pet dander and hair can be unpleasant if you have allergic or sensitive visitors or if you suffer from allergies yourself, and allergic reactions can be a very nasty thing, so we advise you to purchase an air purifier that specifically helps you reduce pet allergens.

Customers around the world have testified their air purifiers have helped them get rid of many airborne ailments. But how do these devices actually work?

Air purifiers primarily clean the air through a process of filtration: the air passes through a filter that removes harmful airborne particles. Similar filters can be found in the household systems for heating or cooling. The filter is placed between the air return duct and the furnace and in this way it filters the air in the home.

Filters can be made from foam, cotton, fiberglass, or synthetic fibers. The density of the filter materials determines the size of the particles that circle through it: the denser the material the easier it is for it to catch microscopic particles. These filters have the ability to catch even smaller particles than the smallest gap in the filter.

The most effective are HEPA (High-Efficiency Particulate Air) filters. They have to filtrate 99,97% of particles larger than 0.3 micrometers to obtain this certificate.

Adsorbents are specific materials often included in many purifiers to help with the odor, fumes, and chemicals. Activated charcoal is an adsorbent most commonly used in air purifier filters. It has microscopic pores that can catch and trap larger airborne particles.

Eventually, the positively charged particles will be drawn to anything that has the opposite charge. These particles are attracted by the two metal plates with different charges that are located in the insides of the purifier – one is positive and the other is negative. Having opposite charges, particles in the air attract each other, making bigger clumps and becoming heavier, which makes them clump up so they can be eliminated from the air.

An ozone generator functions in a similar way to an ionizer, but ozone purifiers are designed to catch the oxygen molecules and turn them into ozone (consisting of three oxygen molecules) – a method that helps with asthma and allergies.

UV Light (Ultraviolet radiation) sterilizes and makes certain microorganisms harmless. A variety of air purifiers include a UV light for additional purification of the air that passes through. This is an extra feature of many air purifiers that helps eliminate harmful airborne bacteria and viruses.

Air purifiers can use a variety of ways to purify the air. Most of them use one or multiple kinds of filters. Some may also include additional features such as ionizers, ozone generators as well as UV lights.

Air purifiers have become an integral part of households that care about the quality of the air they breathe. The demand for them is ever-increasing and they have been proven to help reduce many harmful airborne presences.

If the topic of air purifiers piques your interest, you can always find more on it on our blog.